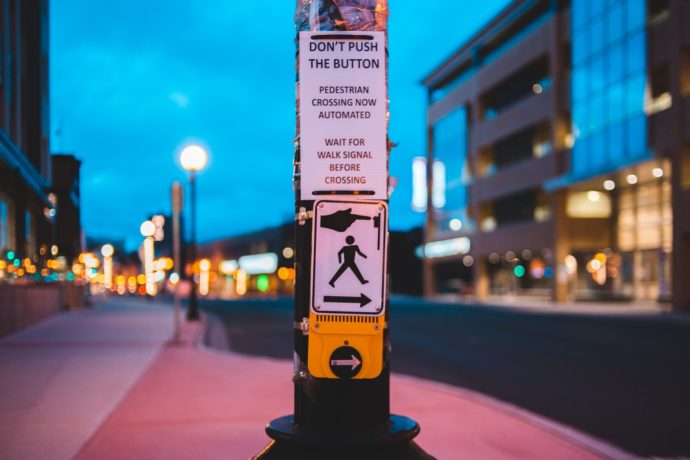 While the number of US fatalities due to roadway crashes continues to decrease, American pedestrians are dying at their highest rate in 30 years.

According to a new report by the Wall Street Journal, an estimated 6,590 pedestrians were killed by motor-vehicle crashes in 2019, slightly over 300 more deaths than in 2018. Richard Retting, a contributor to this analysis, identified the following as possible factors.

While the number of pedestrian deaths rose by 50% from 2009 to 2018, all other crash-related mortalities saw an increase of only 2%. During the same time frame, the number of pedestrians killed at night jumped by 67% compared to the 16% rise of deaths during the day. Pedestrians are more likely to be killed on busier multilane roads and are less likely to be hit at intersections than midblock. Richard Retting suggests that municipalities consider installing better lighting as well as beacons that would alert drivers of the pedestrians’ presence.

TPRS is located in the District of Columbia. Our Mayor Muriel Bowser recently announced a permanent lowering of the default speed limit on local roads from 25 MPH to 20 MPH. Due to the current public health crisis caused by COVID-19, the District Department of Transportation has also installed “DC Slow Streets”, streets restricted to local traffic only and with speed limits of 15 MPH, to aid residents who are “traveling to and from essential businesses, essential jobs, and families (who) are exercising to support overall physical and mental health during the pandemic.” Studies will have to be performed to discover whether or not these ordinances help decrease pedestrian deaths within the District’s boundaries.

We use cookies on our website to give you the most relevant experience by remembering your preferences and repeat visits. By clicking “Accept”, you consent to the use of ALL the cookies.
Cookie settingsACCEPT
Manage consent

This website uses cookies to improve your experience while you navigate through the website. Out of these, the cookies that are categorized as necessary are stored on your browser as they are essential for the working of basic functionalities of the website. We also use third-party cookies that help us analyze and understand how you use this website. These cookies will be stored in your browser only with your consent. You also have the option to opt-out of these cookies. But opting out of some of these cookies may affect your browsing experience.
Necessary Always Enabled

Performance cookies are used to understand and analyze the key performance indexes of the website which helps in delivering a better user experience for the visitors.

Analytical cookies are used to understand how visitors interact with the website. These cookies help provide information on metrics the number of visitors, bounce rate, traffic source, etc.

Advertisement cookies are used to provide visitors with relevant ads and marketing campaigns. These cookies track visitors across websites and collect information to provide customized ads.

Other uncategorized cookies are those that are being analyzed and have not been classified into a category as yet.